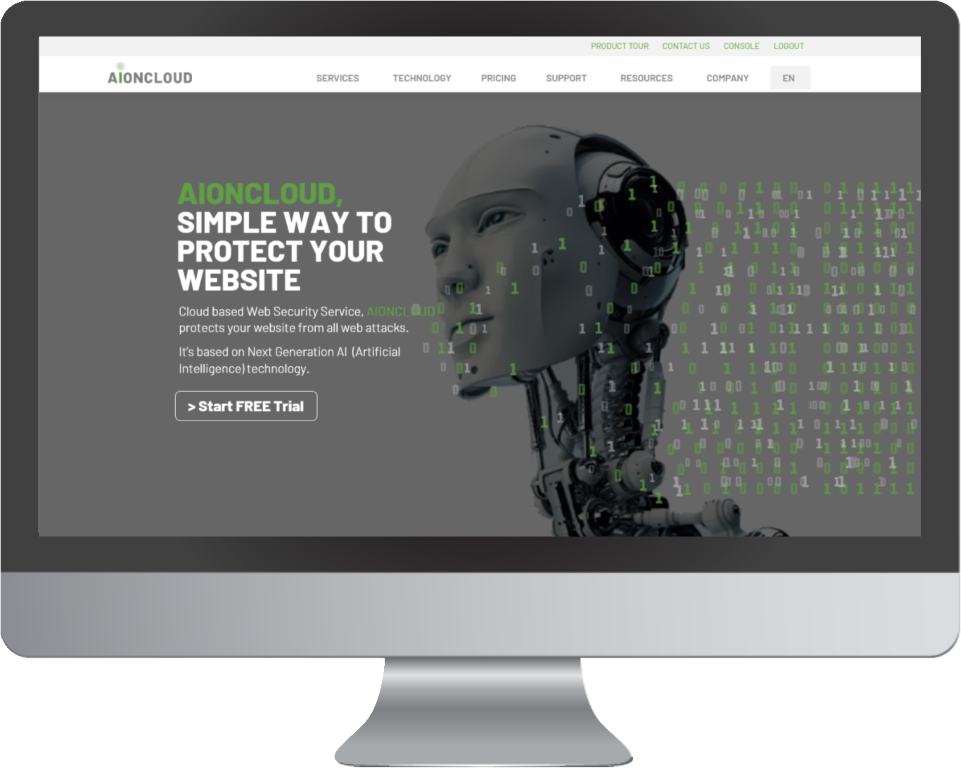 SECaaS platform AIONCLOUD, which provides web security services based on cloud, announced on the 26th that it has simultaneously renewed official homepage by strengthening its web attack defense function and expanding service-related content.

AIONCLOUD is a web security service that provides security against ever-increasing web attacks and defenses against vulnerabilities and abnormal approaches. In this renewal, the company completed a Threat Intelligence system with AICC (Application Insight Cloud Center) that uses AI-based engines to enhance its web security capabilities.

The AIONCLOUD official website is currently holding an event where 5GB of WAF service as well as WMD service can be used for free up to 3 months to celebrate the renewal's opening. Simply sign up as an e-mail address and register the domain in the service, you can apply for the event.

AIONCLOUD is a global Web security service with a global service infrastructure of 40 data centers in 15 regions on top of the global security network, signed contracts with a number of domestic and foreign partners to supply whitelabeling and is expanding its supply to Japan, North America and Europe as well as Korea. Yoon Seung-won, a head of MONITORAPP's business development division, said that the company established its U.S. subsidiary in April 2019 to strengthen its AIONCLOUD business as a global web security service brand, adding that it will make a new leap forward with the service and website renewal.